Regional Dance America presents a talented team of instructors for the 2021 NCI. These amazing professionals demonstrate vibrant energy in their work and are excited to bring that energy to the NCI choreographers and dancers. 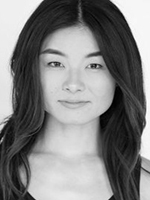 Recently coming to question her voice as an Asian-American creative, she uses her practices as a performer, choreographer, and educator as a means to develop a deeper understanding of one’s identity. With her love of building community, exploring collaborative opportunities with other artists in all types of expressive mediums excites her.

Krystal recently received her Masters of Fine Arts in Dance from University of California, Irvine, where her thesis focused on the effects of pedagogical communication on a dancer’s artistic voice and identity. Currently she works independently as a movement educator and coach at Dmitri Kulev Classical Ballet Academy and Orange County Music and Dance, and is a proud member of Las Vegas contemporary dance company chuthis. 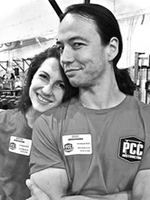 Beth Bergmann, LMT, CPT, NKT, FMSC
Managing Gravity
Former professional dancer and graduate of the Juilliard School, Beth has been working as a top tier certified Personal Trainer and fitness manager for over 10 years. During this time she was also a writer for MOVMNT Magazine, and served as Executive Director for Bubble Foundation Ltd; a non-profit that designs fitness and nutrition programming for NYC charter schools. Beth is a Licensed Massage Therapist and a certified Precision Nutrition Coach, Functional Movement Specialist, Progressive Calisthenics Coach, with a specialty in Neurokinetic Therapy, and additional certifications and education through Functional Movement Systems, Dragon Door, StrongFirst, Postural Restoration Institute, Reflexive Performance Reset, Immaculate Dissection, and others. She is a subject matter expert for the American Fitness Institute and a consultant for Optimal Executive. 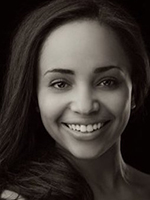 Miriam Gittens
Contemporary
Miriam was born and raised in Fresno, California. She grew up training at The Dance Studio of Fresno where she received a diverse dance education. In May of 2017 Miriam graduated from The Juilliard School with a Bachelor of Fine Arts degree in Dance. She furthered her training during summer intensives at chuthis. Movement Intensive, Bodytraffic, Complexions Contemporary Ballet, Springboard Danse Montreal, and Nederlands Dans Theater. Miriam was involved in outreach programs and fellowships that allowed her to share her love for dance with audiences and students across New York City.

In the year following her graduation, Miriam joined chuthis., and is still so grateful to be a part of the chuthis. family! She lives in Vancouver, British Columbia where she is also a dancer with Ballet BC. 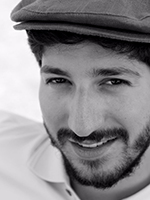 Mike has lived in the New York City area, working as a music performer, educator, and dance accompanist. He played regularly around town with Prismatic (Alison Shearer), Joe Benjamin, Charlie Phillps, Moondrunk, & Triad Brass, among others. Notably, Mike has had the pleasure of performing at Bowery Ballroom, The Blue Note, Smalls, Music Hall of Williamsburg, and Rockwood Music Hall, to name a few. Mike also served as an accompanist for classes at the Conservatory of Dance at Purchase College. As an educator, Mike provides private instruction in drums, guitar, and beginner piano for all ages. Mike has relocated to Austin, Texas, with his wife, Jennifer Gordon, and dog, Lady. 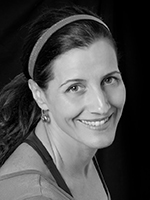 Linda Henriquez
Natural Alignment through Our Chakra Centers
Linda Henriquez is the founder and director of peace.love.pilates located in Panama City, Panama. She has dedicated the last 25 years expressing her love for movement as a leading and well-respected educator in the fitness industry.

Originally from Miami, Linda started her fitness journey receiving her first certification as an AFAA Group Fitness instructor while studying at Florida State University and continued her fitness education receiving various certifications including Personal Training, Aerobics, Spinning and Senior Fitness. After struggling with debilitating spinal pain, Linda discovered Pilates in 1996. Her own personal journey with Pilates left her wanting to share Joseph Pilates’ gift with others. She began her Pilates education receiving certification from Balanced Body and Power Pilates Mat.

In 2008, Linda became a Balance Body Faculty member and opened a Certified Training Center in Panama City, Panama. Linda is a gifted Pilates instructor who specializes in helping clients with spinal ailments, pre and post hip surgery, Parkinson’s and many common misalignment body issues. She also offers a host of challenging, inspiring private and group classes tapping into her diverse and comprehensive fitness education background. With a continuous search for better movement and education, Linda became a Level one Franklin Method Teacher in 2014. She is an international presenter who travels around the world to share her passion and knowledge of movement working with dancers and athletes to expand their physical and spiritual potential. Everyday she feels blessed to be in a field that is continually changing. She loves to share, teach, experience and learn from her clients, students and peers. 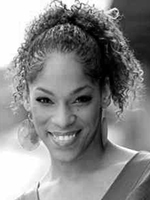 Sumayah McRae
Contemporary Modern
Sumayah McRae is a native of NYC. She began and fell in love with dance at Bernice Johnson’s Dance Center in Queens, NY. She is a graduate of LaGuardia H.S. of Performing Arts, trained extensively at Alvin Ailey American Dance Center, PeriDance Center, and she earned her B.F.A. from The Juilliard School. Upon graduating, Sumayah joined Pascal Rioult Dance Theatre, Fred Benjamin Dance Co., BattleWorks, and The Parsons Dance Co. as a soloist where she traveled the world and performed David Parsons’ acclaimed signature piece “Caught”.  She has also set Mr. Parsons’ repertory on dance companies and universities around the U.S. and Europe. Sumayah joined Broadway’s 1st National Tours of Disney’s The Lion King and Oprah Winfrey’s The Color Purple, where she was thrilled to be a Dance Captain among performing in featured roles. She has also performed in tributes of The Wiz(on Broadway), Hamilton, A Chorus Line, West Side Story, and Chicago. In Las Vegas, Sumayah joined the company “Vegas!The Show” at Saxe Theatre Planet Hollywood. She was also Assistant Choreographer for the Donnie and Marie Christmas Tour.  Some TV credits include Dancing with the Stars, The Voice, America’s Got Talent, The Today’s Show, NYE with Dick Clark, The Soul Train Music Awards with Toni Braxton, The Billboard Music Awards, The Oprah Winfrey Show, and The MET Gala.

From 2008 to the present Sumayah is and has been a featured dancer with CHER in her Las Vegas Residencies at Caesar’s Palace, The Park MGM, MGM’s National Harbor, D2K Tour(North America), and the Here We Go Again World Tours, and international private performances in Monte Carlo, Russia, Austria and Switzerland.

As a dance educator, Sumayah has joyfully served on faculty as a Graham/Ballet/Contemporary/Jazz teacher at LaGuardia H.S. in NYC, as well as Eliot  Feld’s Ballet Tech. Sumayah was honored to also serve as a Jazz/Contemporary dance teacher and one of the featured choreographers at The Joffrey Experience New York City 2018 where her piece, ‘Calling’ was performed at The Gelsey Kirkland Theatre. She also created her own program and became a vendor in the NYC Dept of Education as a dance teacher/choreographer. She has taught masterclasses at George Mason University, William and Mary, and Skidmore. She has taught and judged for Dancers INC, Sheer Elite Nationals LV, and Bounce Summer Intensive NYC. In July 2019, she opened Dream Dance Academy in Las Vegas.

Sumayah loves to teach, choreograph, and have meaningful mentorships with dedicated, talented pre-professional dancers. Utilizing her experiences from Concert dance to Broadway and Commercial styles she enjoys sharing her knowledge with dancers to help them achieve their personal greatness. 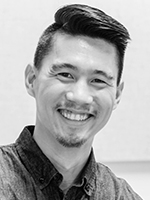 Rob began breakin’ in high school, and continued his movement exploration at Chapman University as an undergraduate. Rob spent 8 years auditioning and working in Los Angeles, represented by Movement Talent Agency and Bloc. As an educator, witnessing the positive effect of movement on students inspired Rob to pursue a second career in physical therapy.

Rob is a firm believer in elevating the independence, self awareness, and knowledge of health and wellness for dancers and has presented research and co-taught movement sessions alongside Dr. Van Ramshorst at conferences for the International Association of Dance Medicine and Science and Performing Arts Medicine Association. 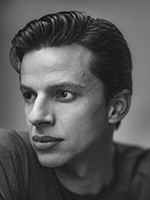 Roger was awarded the Dutch Zwaan for best dance performance of 2008 and the Encouragement Prize 2007 by the Stichting Dansersfonds’79 in Amsterdam. In August 2020, Roger embarked on a new journey as a free-lance artist and educator, joined chuthis. for their newest creation — Rhythmic Identity.

Choreographers and Dancers: Get ready for an amazing experience!