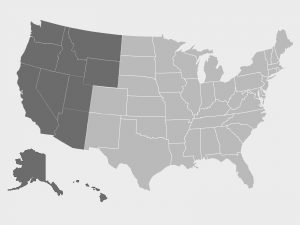 is one of five Regional Associations of RDA. Our newest membership includes pre-professional non-profit dance companies, troupes, ensembles, and guilds in the Pacific United States. The first Pacific Festival took place in 1966, hosted by Barbara and Deane Crockett of the Sacramento Civic Ballet (now Sacramento Ballet). Today, RDA/Pacific connects member companies with resources and opportunities to help each company and its dancers grow and develop in the Pacific area and around the country.

Regional Dance America’s signature Festival Event is coming to the Pacific Area on April 1-2, 2022! Join us for two days of master classes, seminars, workshops, networking events, and two evening performances. All companies attending the Festival will have a performance opportunity on Friday evening followed by an adjudicated performance of the RDA/Pacific Member Companies on Saturday evening. Guest registrations are welcomed for Single-Day or Full-Festival Kits! To get your company involved, please email info@regionaldanceamerica.org today! 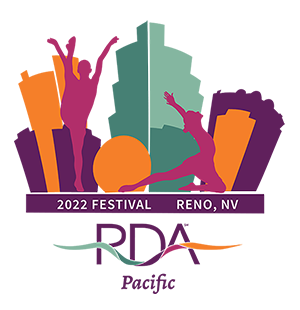 At the Silver Legacy Resort

JOIN US AT THE 2022 FESTIVAL!
Please contact us for more information and to reserve a performance opportunity for your performing group!

In 1973 the National Association for Regional Ballet (NARB) was incorporated as a nonprofit organization with Doris Hering as its first executive director. NARB together the efforts of the Regional Dance associations from coast to coast. In the beginning, there were perhaps thirty-five local or civic companies spread throughout the United States, which existed in great isolation. The regional movement created opportunity for companies who were committed to standards and the festival experience to locate and connect with other like-minded companies. NARB produced an enormous impact on dance decentralization in the United States and played a significant role in the development of renowned professional companies such as Sacramento Ballet, Ballet Pacifica, Utah Regional Ballet, and Central West Ballet in the Pacific area.

Lila Zali served an eleven-year term as the president of the Pacific Region. During Ms . Zali’s tenure, the Pacific Region’s dancers and directors were encouraged to attend the Craft of Choreography Conference (now RDA’s National Choreography Intensive), which had been founded by Josephine Schwartz to encourage the development of original choreographic works. Doris Hering was a guiding force in implementing the Conference.

The fourth RDA National Festival took place in Phoenix, AZ in May of 2017. A renewal of membership in the Pacific Region is underway as Regional Dance America rebuilds a brand new Pacific Region in its 2021-2022 year.

RDA/Pacific
Regional Board of Directors

Have a question, comment, or suggestion for RDA/P? Let us hear from you.