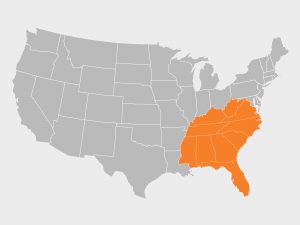 is one of five Regional Associations of RDA composed of pre-professional non-profit dance companies, troupes, ensembles, and guilds in the Southeastern United States. RDA/Southeast was the first Regional Association for dance established in the US in 1956. Today, we continue to promote excellence in instruction, choreography, performance, and production while fostering a broad reaching network of dancers, choreographers, directors, vendors, recruiters, and scholarship donors. 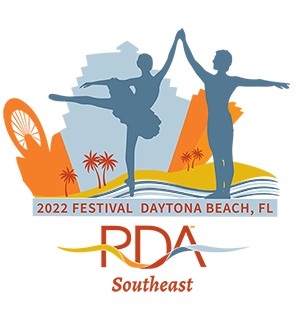 In the summer of 1955, Dorothy Alexander, founder and Artistic Director of the Atlanta Civic Ballet (now the Atlanta Ballet), was lunching with Anatole Chujoy, the eminent Dance Critic, Editor, and Publisher of Dance News. Chujoy had recently attended a festival of regional dance in Canada and suggested to Alexander that something similar could and should take place in the United States. She returned to Atlanta and started contacting her southeastern colleagues.

The success of the first Regional Festival and Ms. Dorothy’s vision inspired others throughout the country and eventually led to the establishment of four other regional associations. The 1988 establishment of Regional Dance America provided a national grid within which the Southeast and the other regional associations could continue to evolve and advance pre-professional dance. Every year RDA/Southeast gathers at Festival to celebrate its history, while looking through the lens of Dorothy Dorothy’s vision to the future of dance in America.

RDA/Southeast
Regional Board of Directors

Professional Companies that began as members of RDA/Southeast:

Have a question, comment, or suggestion for RDA/SE? Let us hear from you.